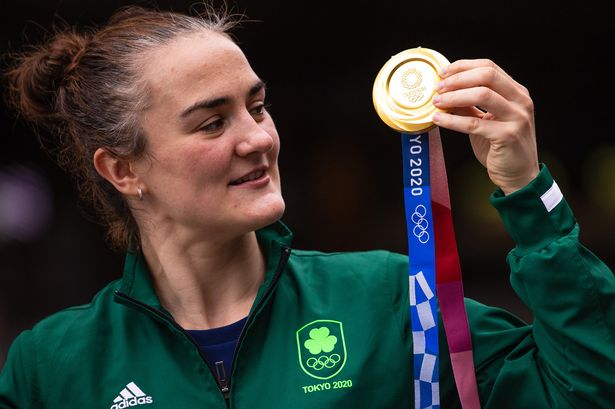 From Portland Row in Dublin’s north-east inner city, Harrington won her first major medal for Ireland in 2016, taking silver at the World Championships in Astana. Her upward trajectory continued with silver at the EU Championships in 2017 and bronze at the Europeans in 2018 before she became world champion the same year at New Delhi.

The 31-year-old Dubliner scooped Ireland’s eleventh Olympic gold medal and the nation’s second at these Games with a brilliant performance in the Kokugikan Arena. She defeated favourite Beatriz Ferreira from Brazil in the lightweight final to become only the third Irish boxer to be crowned Olympic champion.

It is the first time since 1932 that Ireland has won gold medals in two different sports at the same Olympics.

Ireland now bring home four medals from the Tokyo Games, two gold and two bronze. But none will be celebrated as much as Harrington’s success as she has stolen the nation’s heart with her performances inside the ring and her interviews outside of it.

“To have the support of a nation backing you is just, it’s actually hard to believe, I actually feel the nation has been behind me.”

Kellie is an absolute credit to her family and the community and has done the entire country proud!